There goes basic speech
Next, the darting eyes
I mutter, stutter
Before cardboard mouth 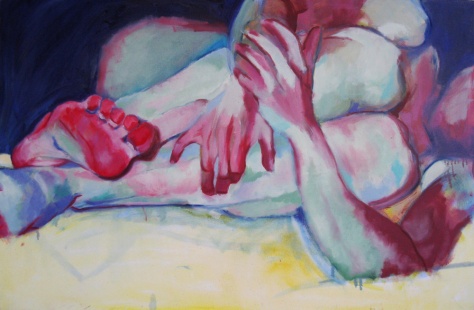 Uncomfortable
not only in my own skin —
but in general

On February 27th in Londons Memorial Hall, 169 delegates from various trade unions and socialist societies met to create a united group aimed at getting a ‘distinct Labour group’ in Brittish Parliament.

The committee was organised by f Ramsay MacDonald, one of three people considered the founding fathers of Labour and also a future prime minister.

After long debate between rival factions were a number of proposals were defeated, delegates finally settled on a proposal put forward by James Keir Hardie; a Scottish miner and seasoned member in the Independent Labour Party. It was based on the idea that the aim must be a party in parliament with the flexibility for development. This marked the beginnings of what would develop into the Labour  party was born.

‘It has come. Poor little child of danger, nursling of the storm. May it be blessed.’

This site gives you the opportunity to view my art work.

A daily dose of an eccentric, hopelessly romantic painter.

A Place for Emerging Art

Have Watercolors Will Travel
THE SMOKEPHOTOGRAPHIST

Sharing my passion of watercolor painting, sketching, and photography

my life a bit at a time

My Walk, His Way - daily inspiration

Following my heart, Daring to dream, Living without regrets

Creative Journey of Kris and Aileen

Inspiring you to embrace your creativity