A Drop in Time

A is for anxiety
it makes you want to hide

B is for broken
the way you feel inside

C is for cutting
all the lines upon your skin

D is for depression
the battle you fight within

E is for eternity
the time you spend in pain

F is for fear
I might just be insane

We’ve been having sort of moody skies lately – part of our autumn in December routine. The problem with these is that they inevitably turn into magnificent sunsets while I’ve got my head down, painting. I look up and ~kshwaaa~ the sky is flooded with pink and gold and blue. These sunsets defy painting, as none of the colors in my palette can properly produce hot pink, so I just have to sit and watch them fade. Nature is cruel. 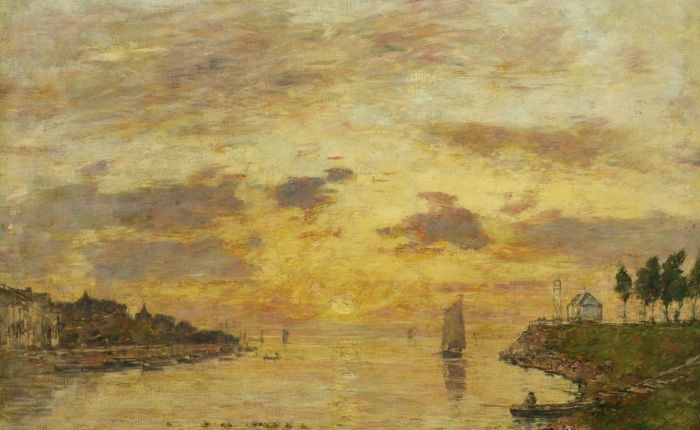 At the First Impressionist Exhibition, which opened on 15 April 1874, Eugène Boudin is listed as showing six items, although in fact these covered three oil paintings, six pastels, and four watercolours: thirteen works in all.

He was born in Honfleur, on the north coast of France at the mouth of the River Seine opposite Le Havre, on 12 July 1824. His father worked on the Le Havre-Honfleur ferry, and in 1835 the family moved to Le Havre, where the following year Eugène started work at a printer’s then a stationery shop.

In 1844 he opened his own stationers which also framed paintings, but the following year Millet saw some of his amateur paintings, and Boudin resolved to make painting his future. His shop framed the work of, and sold art materials to, Couture, Troyon, and Millet. It was also a centre of artistic…

Take these emotions
Take them all if you must
There’s nothing inside here
Certainly not trust
There’s fools love
Affection and lust
Intolerable longing
Go, turn it to dust


So please just take these emotions
Take them all if you must
I’m long passed my limit
Refuse to discuss
Pressure be building
No time to adjust
Shake like a leaf
That’s it, that’s enough

I love this , so glad I found this blog and from glasgow as well. It’s samsmallpoetry.

Due to government crackdowns
It’s too difficult to get the correct chemicals required to make safe ecstasy
And the Para-Methoxyamphetamine scene is really dying on its arse lately
That’s one of the substitutes in shit pills that can kill ye
It’s not MDMA, the key ingredient in ecstasy
Para-Methoxyamphetamine makes your temperature rise, rapidly.
It doesn’t produce a euphoric effect
You need a massive fucking dose
Crammed right down fucking your neck
Slow acting at the start so they often take it again
Having one, then another is a common misconception
Agitation, confusion and convulsions
Been known to lead to heart attacks
And death if you don’t stop em’
Have I got your medical attention?

Take the production line out of the hands of idiotic delinquents
Who think a Rolex is somehow still culturally fucking relevant.
IT’S NOT THE 1980’S BOYS
GET WITH THE FUCKING…

Really like this watercolour painting from watercolourdiary.com, so cool.

Starting with a sketch I block in the Robin with a mix of trans  pyrrol orange and Hansa yellow (medium) on the breast and vandyke brown with a touch of cobalt blue dropped in on the back.  Blues and Browns make gorgeous greys

Before s/he is completely dry I paint in the background with a mix of White Nights green and a green gold. The lazy painters choice. I’ve been looking up mixing greens on You Tube with the intention of cracking this bad habit and have posted the link on Facebook (look for Art Classes BN3). When I started painting with watercolour the choice of yellows was somewhat limited and involved using cadmiums,  which are gorgeous but quite opaque and lift off the paper very easily, muddying subsequent layers. Nowadays there is far more choice of clean transparent yellows and I’ve opted for the Hansa yellows, a translucent yellow… 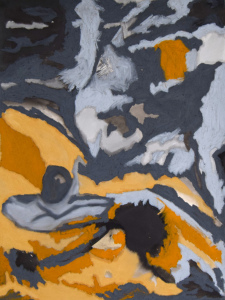 But Is It Art?

Art Towards a Happy Day

Faith saved us from the savages that we were, losing faith makes us savages again

Finding the extra in the ordinary

Revealing self after decades of hiding in eating disorderland

I am misunderstood and was born to be a tortured artist I guess..

"Express yourself with art, it's the way to your inner soul. It’s not about accuracy or trying to copy a phot but telling a story in my own style - in my own way” - Wendy Parker

william altoft
A Tangle of Weeds

Love is love and everything else is something else

exz
Have Watercolors Will Travel